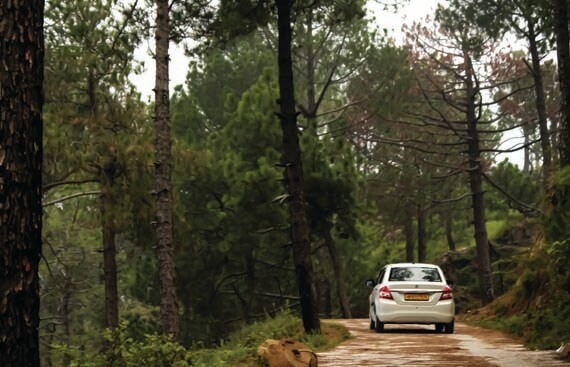 Himachal Pradesh also known as Dev Bhoomi Himachal is a picturesque state in India, galvanizing it’s visitants each time with all its beautiful destinations - the quaint villages, pretty as picture hill stations , panoramic views and the verdant valleys. Heaven for all the travel freaks out there, this place will inevitably make your soul exuberant. Here’s a pick of the 10 best places to visit in Himachal Pradesh.

One of the voguish hill station in state, Manali has everything to be the focal point it is. Offering astonishing views, lush green forests, staggering meadows, stunning blue streams gushing implicitly, a perpetual tale like mist long standing in the air, is Manali, settled perfectly amidst the Pir panjal and Dhauladhar ranges . Not only does Manali offers mind boggling views of its ambience but also renders veritable adventure sport activities like river rafting, trekking, paragliding ( Solang valley being famous ) in summers and skiing in winters , zorbing and horse riding. Manali is home to various museums, temples, cafes, delightful eateries serving luscious Local as well as other foods and local market places.

Capital of Himachal Pradesh, Shimla is an enticement especially for newly married couples. Said to be the city with rich colonial history, Shimla was the summer capital of British India. Each year number of tourists flock from different parts of world to this beautiful town which still continues to perpetuate the primeval charm in form of exquisite colonial architecture, along with some cafes and restaurants being constructed in the same way. The crowd puller, Kufri is an idyllic spot for honeymooners. Nimbly approachable from Chandigarh, Shimla offers sightseeing at various attractions such as Ridge, Chail, Kalka shimla trail (One of the UNESCO’S world heritage site), Mall road, Tattapani. Shimla famed for its salubrious beauty has Mall road possessing a chain of disparate pick up stores.

Nestled flawlessly along the ravishing Dhauladhar ranges, Dalhousie is a zion for all those desperately seeking tranquility. Widely known as Mini Switzerland of India, Dalhousie is a draw from the hustle bustle of cities. Breathtaking landscapes, mesmerizing pine clad valleys, jaw dropping views will unequivocally quiver your heart beats. The Scottish and Victorian framework will undoubtedly take you back in the good old days.

Lodged in Kangra district of Himachal Pradesh widely known as Little Lhasa is Mcleodganj, a beautiful hill station possessing the most mesmerizing landscapes in the entire state. Home to the famous Tibetan spiritual leader Dalai Lama, Mcleodganj hosts some of the renowned monasteries of world such as Namgyal Monastery, Tsuglagkhang monastery where Dalai Lama resides. This hamlet with awe-inspiring hills and verdant valleys is a blissful picturesque spot.

Bordered on all sides by Himalaya’s spiti valley is a paradise for adventure seekers and trekkers. Trekking trails start from Kaza (base camp) to diverse peaks from where you can get jaw dropping views of Himalayan ranges. Spiti is a promised land assuring panoramic views along the path and in the valley itself. Becoming usually accessible in summers people here follow Buddhism. Meaning middle land Spiti separates India from Tibet.

Situated 23 kms from Bhuntar, Kulu is Kasol, a small out of ordinary village commonly known as Amsterdam of India. Kasol valley is an absolute paradise for ones who love to trek and camping. Situated along the banks of river Parvati, Kasol has a diverse number of cafes serving luscious foods.

On the way from Chandigarh to shimla is a small hill station, Kasauli , a perfect destination for weekend breakout . Amidst the breathtaking woody forests of pines, herbs and cedar trees is settled Kasauli owing it’s serenity to architecture of British times. Kasauli is all about the unruffled ambience and irresistible premises.

Setting off an indelible impression is a picture perfect destination Khajjiar near Dalhousie. Encircled by lush green meadows, condensed forest with all its picturesque landscapes and drizzling lakes, Khajjiar is famed for its nine whole golf course. Khajjiar also serves as a spot for adventure activities like paragliding, horse riding, trekking.

Town for meditation, Bir billing is a famed destination settled in Jogindernagar, Himachal Pradesh. One of the premier spot for paragliding all over the world, Bir billing owes an influence to the Tibetan culture especially at Bir Tibetan colony. Bir billing is also known widely for its fervent Tibetan monasteries.

Ideal for a getaway from the chaos of cities and polluted ambience of cities, Chanshal pass is a rejuvenating destination nestled in Rohru of Himachal Pradesh. Jaw dropping views, exuberant green valleys, bound by the claggy clouds is this picturesque valley that will breathe new life in you. There are various roadside eateries and dhabas serving delicious foods.

Connect with the safest and reliable cab services with Himachal cab services and consummate your wanderlust by visiting the 10 fascinating places in Himachal Pradesh. 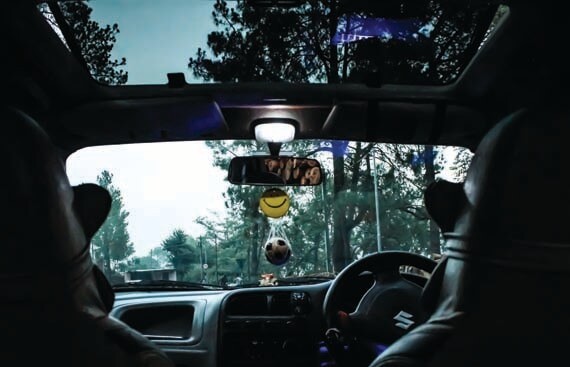 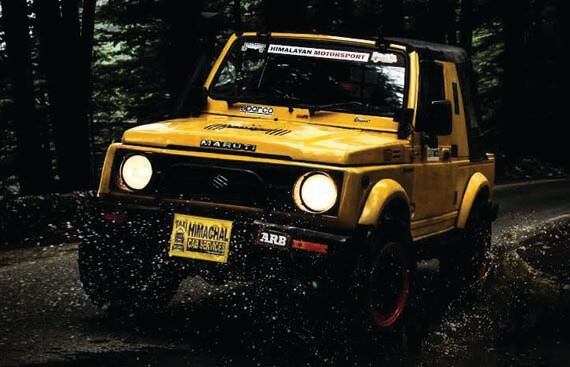 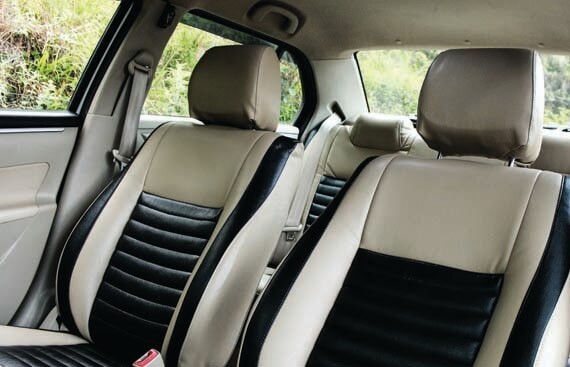 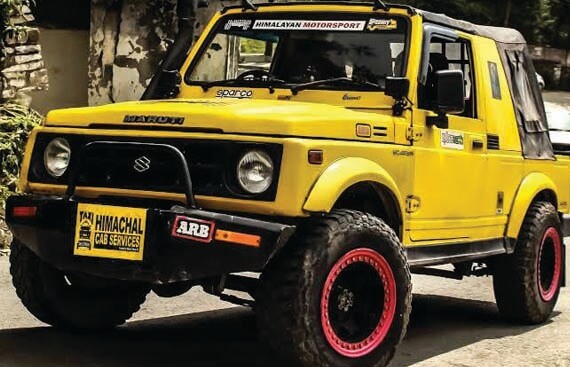 10 Reasons you should fall in love with Himachal Cab Services 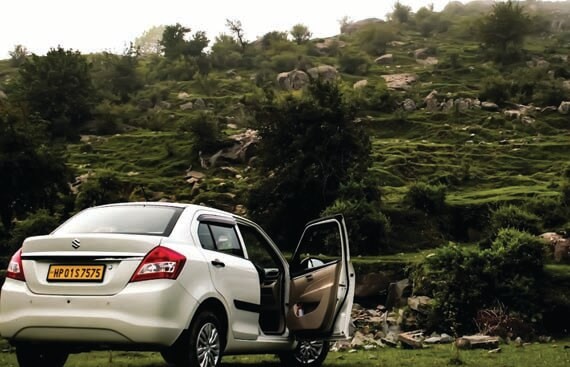 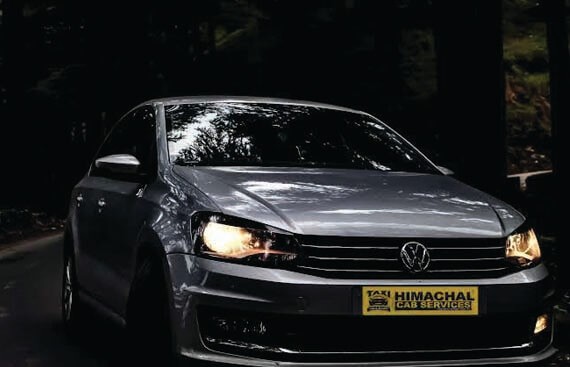 Find Out Now, What Should You Do for Fast CAB SERVICES IN HIMACHAL? 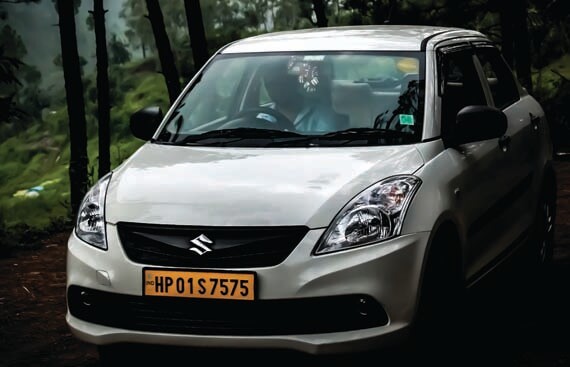 Is CAB SERVICES IN HIMACHAL worth to you?

Make a call or fill form

Call our agent to get a quote.